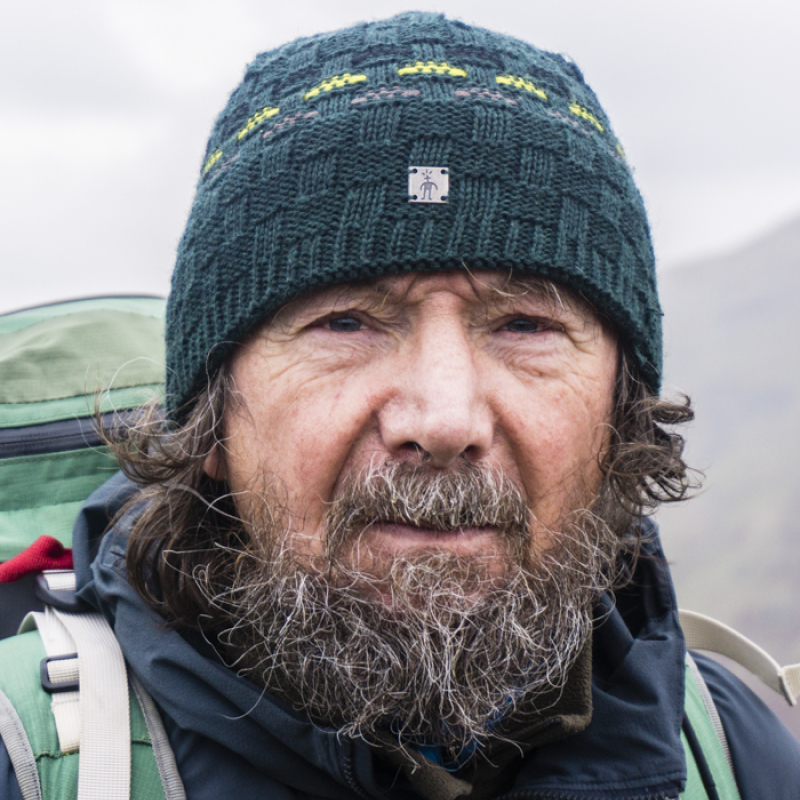 After three years as a Trustee I feel that I now understand enough about how the Board and the JMT works that I can contribute much more so I am standing for a second time. Whilst progress has been made in some areas there have been defeats and wild land is still under immense threat, making the work of the JMT essential. We are in the middle of a decisive time and wild land needs our voice. I think I have much to offer, especially in the critical field of communication. I’ve written over 20 books on the outdoors and many articles for magazines, includingthe JMT Journal. I’ve also appeared on various TV and radio programmes talking about the outdoors, including conservation matters, and I was the sole presenter in two full-length films by Terry Abraham.

As a campaigner I represented the Save the Monadhliath campaign for several years, appearing for them at the Public Inquiry into the Allt Duine wind farm, being interviewed for TV, radio and newspapers and writing many letters. I also regularly post about conservation matters on my blog (www.christownsendoutdoors.com). I am an experienced user of social media and regard this as an increasingly important tool in spreading information and recruiting support.

Over the years I have spent many months on long walks at home and abroad and have a deep feeling for wild places and the importance of nature. As well as protecting wild land I also believe in rewilding and working out how to combat the threat to nature from
climate change without endangering wild places. I am very keen on encouraging people to become involved in outdoor activities and conservation.

In the past I was the MCofS representative on the Cairngorms Partnership Recreation Forum, a member of the MCofS Access and Conservation Committee and for four years MCofS President.