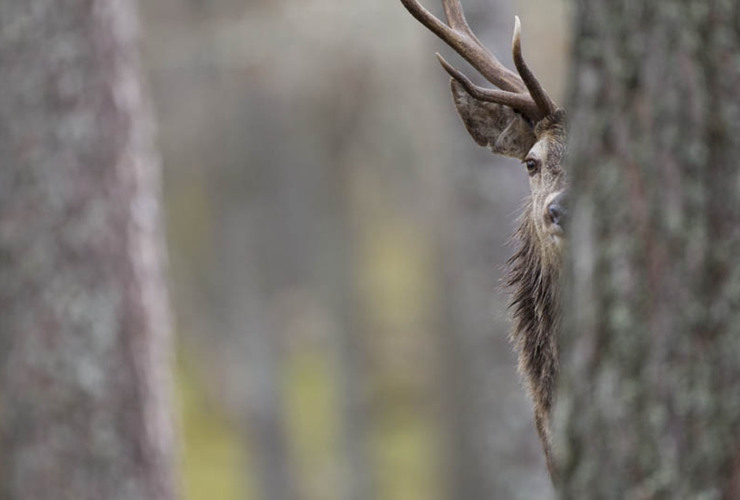 A coalition of environmental, community, wildlife, forestry, and outdoor recreational groups is urging the Scottish Government to bring in enhanced statutory regulation to ensure the nation’s deer population is managed effectively and sustainably for the benefit of communities and the natural environment. This is especially urgent, says the coalition, in the light of the accelerating climate and biodiversity crisis.

Eighteen organisations representing over half a million members – seven directly involved in land and deer management across thousands of square kilometres of Scotland’s uplands – have published a joint paper, Managing Deer for Climate, Communities and Conservation , setting out the case for a new approach to deer management that prioritises public interest objectives, such as reducing carbon emissions, supporting local communities, and improving biodiversity.

The wide and heterogeneous range of organisations – from the community-run North Harris Trust to Ramblers Scotland; from the RSPB to Nourish Scotland – have come together to call for a reduction in deer densities, an end to over-reliance on deer fencing, and the broadening out of deer stalking beyond its  traditional core of participants.

The paper has been issued ahead of the publication of a report to the Scottish Government by the independent Deer Working Group which is expected any day now. The report is likely to trigger a national debate about current and future deer management practices.

Mike Daniels of the John Muir Trust, one of the key authors of the paper, said: “We believe that there is a growing appetite for change in how Scotland’s uplands are managed into the 2020s and beyond, and delivering sustainable deer management is a critical component. This large and diverse group of organisations believes that we can achieve far greater national and community benefit from our uplands by doing things differently.“

For many decades, there has been a scientific consensus that unsustainably high deer densities have a destructive impact on vast areas of our land. We welcome recent steps by the Scottish Government to start addressing the problem, and we have launched this paper to set out the reasons why our politicians should now make some fundamental changes to the way we manage our deer population."

Duncan Orr-Ewing, Chair of LINK Deer Task Force said: “Sustainable deer management should not be regarded as just a marginal issue. It should actually be much more of a central consideration as to how we best manage tens of thousands of square kilometres of Scotland’s uplands to get the maximum public benefit, and it should be well integrated with other forms of land use policy. High deer impacts and other grazing pressures are damaging peatlands, halting woodland regeneration and expansion, and causing other costs to the public.

By resolving these pressures, we will be in a far stronger position to meet our climate change targets and reverse the alarming long-term decline in the biodiversity of our uplands. In this paper we have also set out the compelling economic case for a step-change in our approach towards deer management”.

The paper Managing Deer for Climate, Communities and Conservation has been published by Scottish Environment LINK, the forum for Scotland’s voluntary environmental community. It has been supported by several other organisations which are not affiliated to LINK. The full list of supporting organisations, in alphabetical order, is as follows: