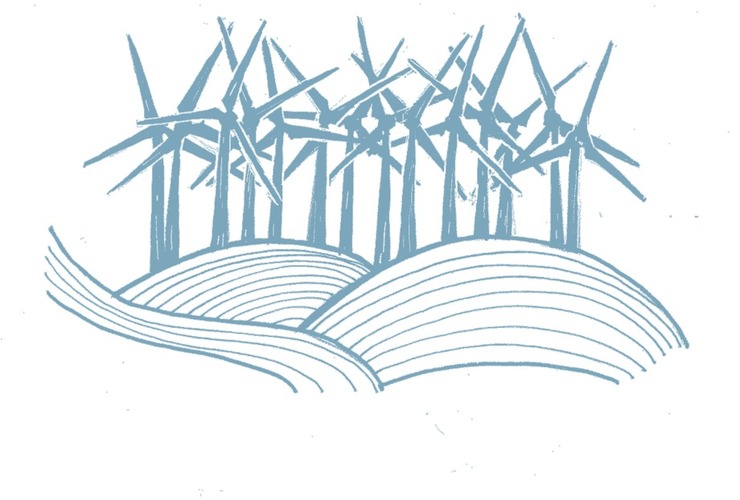 We were dismayed by the decision by the Scottish Government in 2012 to consent the original application for the Viking wind farm on Shetland.  We considered that the absence of a Public Local Inquiry meant there had been inadequate scrutiny of the proposals, in view of the potential impact of over a hundred giant turbines and their associated infrastructure, including tens of miles of bulldozed tracks, scores of concrete foundations, a network of transmission lines, power sub-stations and quarries.

The developers of the wind farm, which is yet to be constructed, recently submitted an application to increase the height of the 103 turbines to 155m.  This is one of many recent Scottish applications for increased wind turbine heights on sites which have previously been given consent for smaller turbines.

The Trust has a number of members on Shetland and lodged an objection to the original Viking proposal in 2009, in support of the stance of local campaign group Sustainable Shetland to protect the landscape, wildlife and ecosystems that will be damaged by this development, including the huge quantities of carbon that have been stored in this peatland for thousands of years.

The Trust considers that the visual, landscape and cumulative information provided for the revised application is seriously inadequate, with the result that an informed view and decision cannot currently be taken, either by the Trust or by the Scottish Government.

We believe that the proposed amendments to this application reinforce the need for the whole development to be re-examined.  With two adjacent community councils objecting to the altered proposal, along with Sustainable Shetland, we would ask the energy minister to allow local communities to revisit the idea of a Public Local Inquiry which would allow detailed investigation of some of the assertions in the application.