Hannah Thompson shares the joy of achieving her Conserver Award close to home during the pandemic. 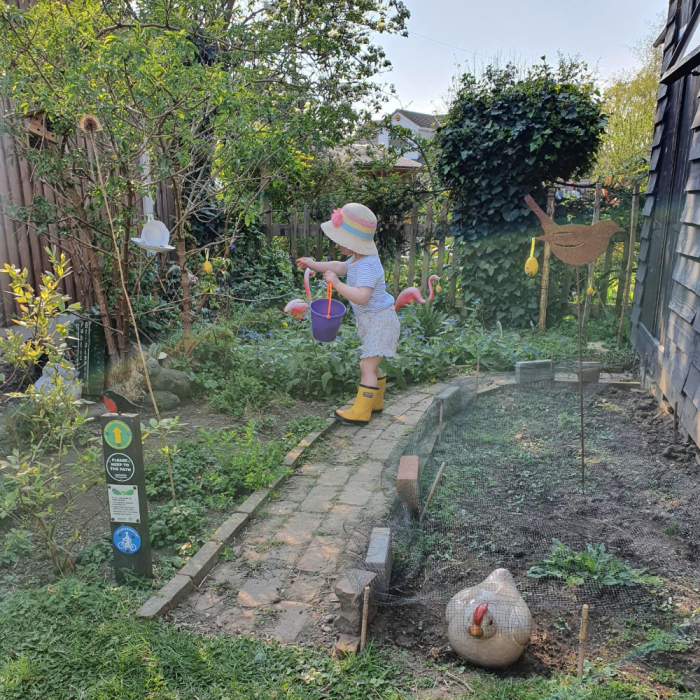 At the bottom of my garden there had always been a semi ‘wild’ patch of ground (approximately ten meters squared). A decaying elder tree stopped light getting in and it was surrounded by fencing. I didn’t like the fact that it only attracted the local cats and I wanted to make my garden more wildlife friendly.

Over the months I developed this area into a biodiversity haven (with help from my young daughter) and we got to know the patch very well. I feel it has bought her closer to nature and I get to look at it every day out my window and enjoy watching the wildlife thrive.

One of the first things I did was ask my neighbours about the area and what they remember it being like before we moved in. I learned that it was a bit of a dumping ground (rubbish, glass, soil) for one of the previous occupiers, until neighbours asked if they could use it as an allotment. That explained why the soil was so good and full of worms.

Both neighbours gave me photos of the garden from 15+years ago. My neighbours adjacent to the patch also have their own wildlife area finishing at our fence line, various wild plants had migrated over to us so I was able to find out those species I couldn’t identify myself by simply chatting over the fence.

Using my experience in nature conservation, one of the first things I did was sit in my patch and draw up a plan/design for how I wanted to increase biodiversity. The best way forward was to increase the types of habitats. Over the next couple of months I put in: two mini ponds (donated old butler sinks) with a slopping edge of stone, a ‘gappy’ insect friendly brick path leading to the shed and a wildflower area. The old elder was coppiced and old/decaying logs were piled up in the back corner (bramble and ivy left to grow over it) and the new healthier shoots were encouraged to grow back.

I encouraged my neighbours to create gaps under our fence lines to encourage the movement of wildlife – especially hedgehogs. My daughter and I also made some insect homes and bird feeders for the area. Once this was all in place, I tried my best not to interfere too much and let nature take over. I initially put in some netting to discourage cats, but that was removed after the vegetation started to grow up.

While we were clearing and weeding the area, we discovered lots of newts, identifying the adults as palmate species. My daughter was amazed by it and later impressed visitors with her knowledge of these amphibians. Now when I’m clearing other areas of the garden and accidently disturb a sheltering newt, I take it over to the garden patch for safety.

It’s been incredible to see how the patch has developed and grown over the seasons. In time, we were able to enjoy our efforts as the area flourished and wildlife started to discover it. We’d sit on the picnic blanket and watch the bees collecting pollen and woodlice weaving in and out of the cracks in the path. I think this is the reason my daughter has such a love for minibeasts now. These moments created an excellent opportunity to teach her about nature.

Our best sightings have been a baby slow worm and even a fully grown grass snake. Her key worker at nursery told me at a later parents evening about how she had told them all about caterpillars and chrysalises turning into butterflies – something I’d taught her in our patch!

I shared my experiences with friends, family and neighbours. I would talk over the fence to neighbours about what wildlife I’d spotted and they’d do the same too. We’d also give each other wildlife garden tips and would discuss what to cut back, or leave, helping to encourage wildlife into each other's gardens.

Visiting friends and family would also be shown around the patch, they were all impressed at how small the area was, yet it was full of activity, especially during the summer months when we’d have picnics beside it.  Some were inspired to go back home and add a bit of wilding to their own gardens – even if it was just a shallow pond in the corner, it can still make a difference.

Looking back, I gained so much peace and tranquillity from this project. Friends said they could see the positive effect it had had on me from the way I talked about it. My mood would lighten just being in the patch, being in that space injected a happy hormone!

I began looking more into wellbeing and positive connections with nature. I was so inspired by it, I went on a day course focusing on nature, health and wellbeing. Not only did I focus on my own personal health, wellbeing and development but I also learned skills in developing other people’s relationship with nature.

The John Muir Award is an excellent tool for this, I look forward to incorporating it into future activities and sharing its ethos, either at work or with friends and family. For me, being in the wild is the perfect medicine. It benefits our mental and physical wellbeing in so many ways. Giving back to nature is my way of saying thank you. 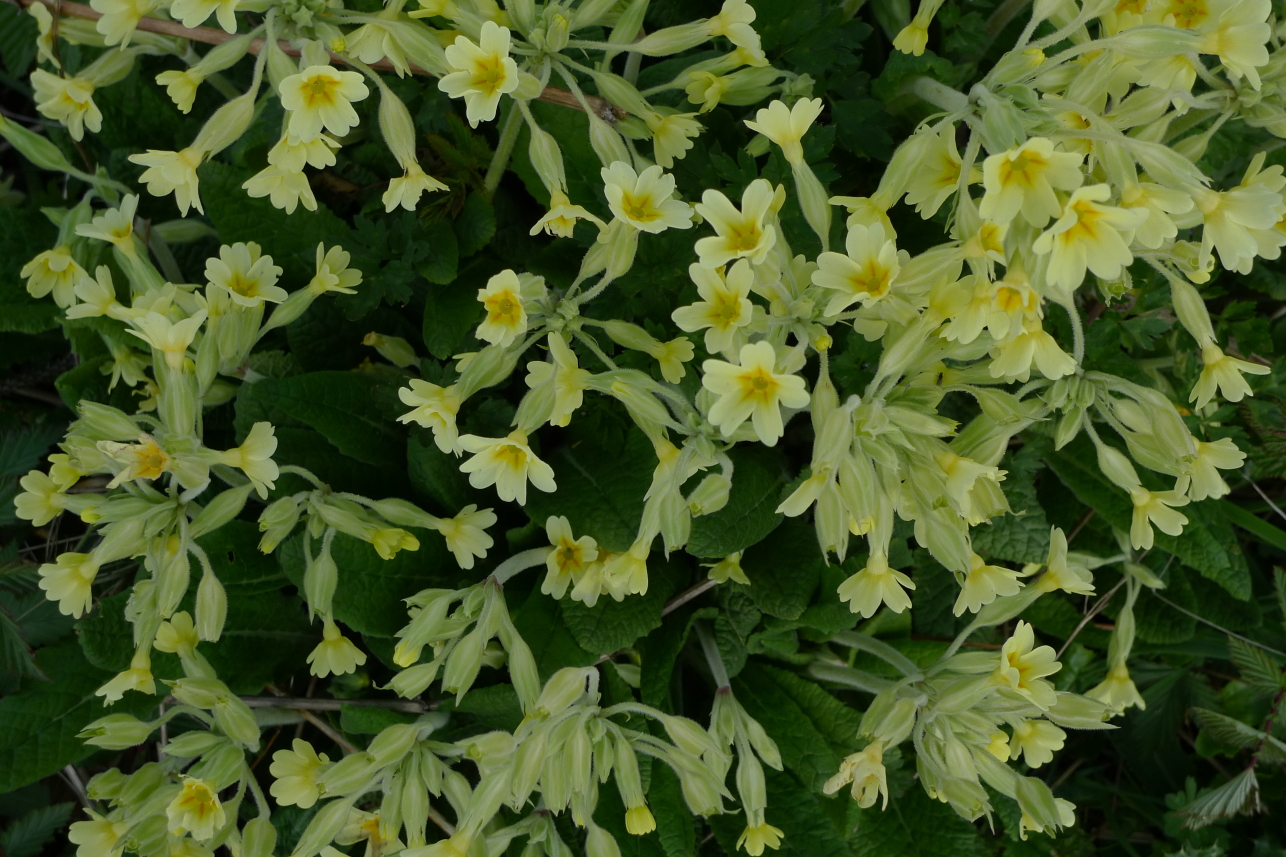