Conservation Officer Romany Garnett reports on a busy and exciting time of year on Quinag.

Walking through the designated woodlands recently on Quinag I was joined by Don O’ Driscoll, Quinag property manager and textile artist Clara Elliot.

Clara is working in the area for six weeks as Coigach &  Assynt Living Landscape Partnership (CALLP) artist in residence staying at Assynt Foundation Arts Studio. Her project is centred around the theme of red deer, examining the complex relationship between deer, land and people. Through the conversations and impressions she gathers during her stay; her work will be translated on to textiles.

As we were walking the ground discussing deer and browsing impacts, a woodcock suddenly flew up interrupting our flow. Beside our feet four speckled eggs were cradled among moss and wood sorrel. They were pale cream with brown flecks and surprisingly large. We moved away quickly in silent reverence.

Works are beginning for the Assynt Community Larder at Glencanisp. The new larder has been ordered and it has been a long build up to get to this point. However it is now full speed ahead with contractors and services to get the larder operational for the beginning of the oncoming stag season.

A larder working group has been formed to oversee this project with from members of Assynt Foundation, John Muir Trust and CALLP.

During a dry spell recently some campers had thrown ashes into grass and the strong wind and dry conditions caused the flames to relight. Luckily fire engines were able to get it under control quickly.

We found snapped off branches from trees in fire pit. Just shows easily fires can get out of control. It could have been a lot worse. We are very grateful to fire services, they were amazing!

Stoves are recommended for cooking when camping instead of campfires under the Scottish Outdoor Access Code.

Shortly to be posted on the Assynt Field Club website is a comprehensive account, by Gordon Rothero, of the bryophytes of Quinag. In it he describes the history of recording and distribution, by habitat, of many of the 118 species of liverworts and 229 of mosses now listed from the property, largely as a result of the 16 visits he has made over the past 30 years. Lists of all species and localised records are appended.

They include one nationally rare montane liverwort, Anastrophyllum alpinum, a further 32 nationally scarce species, and no fewer than 49 of the oceanic species for which the western seaboard of the British Isles is internationally famed.

Gordon continues to make discoveries on Quinag.  In mid May he explored the course of the boundary burn in its south-western corner, the Allt Bad na Fearnaig, and adjacent areas (NC1926).  There, a small slippery gorge, close to the road, yielded some 30 species - including five of the tiny liverworts found in such places. He also collected a small sample of a foliose lichen which appears to be a first for Assynt. 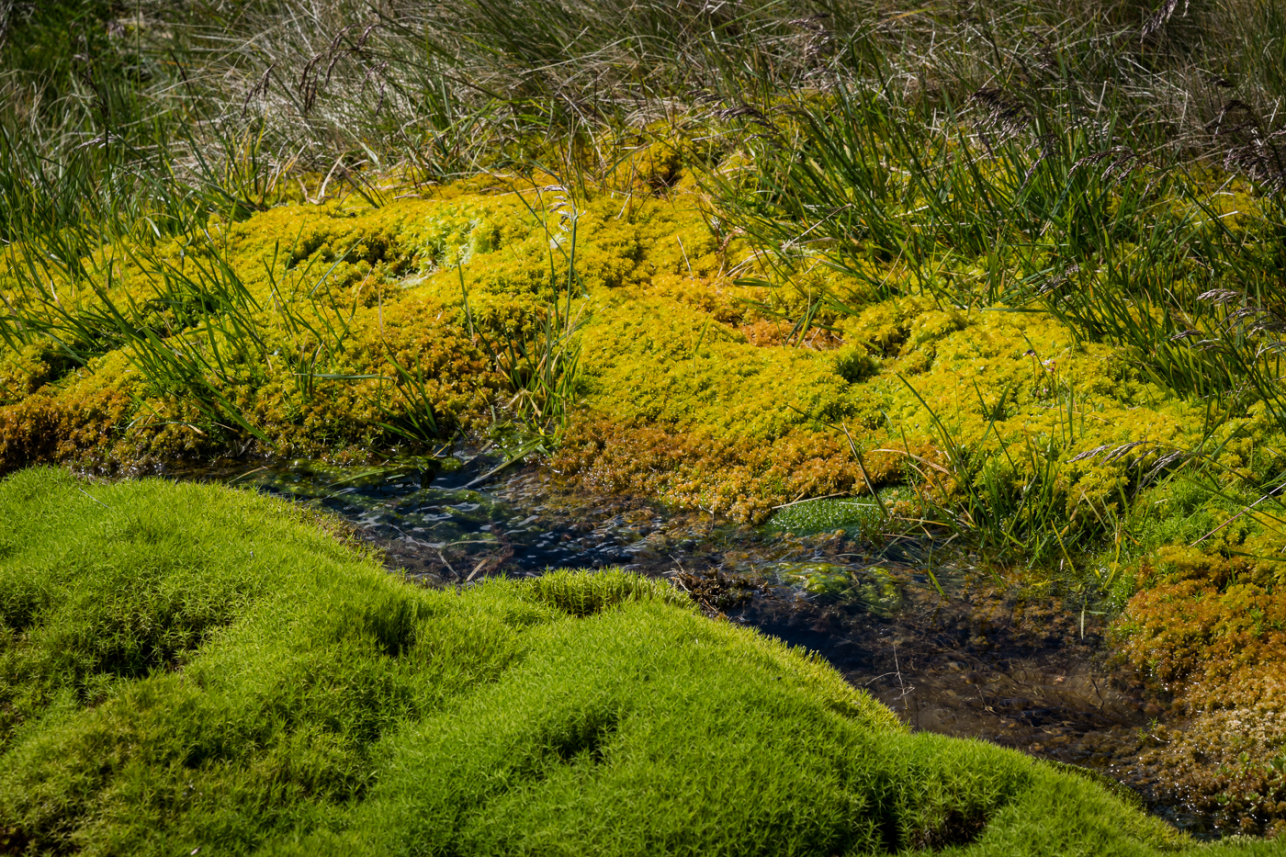