Drum Hollistan refused, while Limekiln wind farm given the go ahead in Caithness 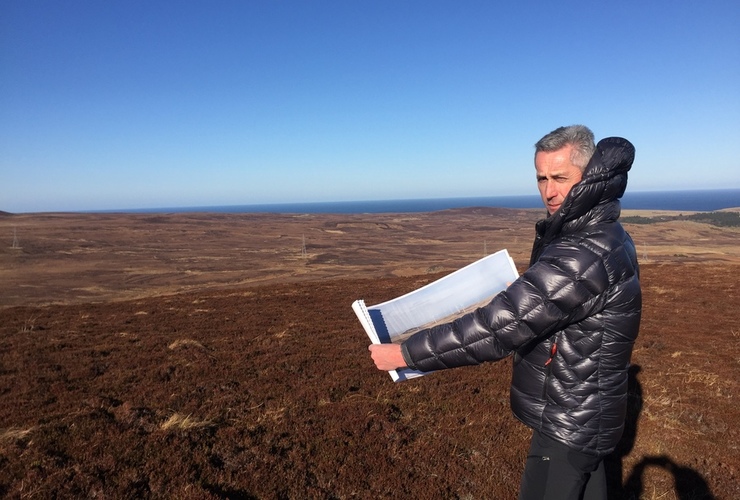 The John Muir Trust has welcomed the refusal of the Drum Hollistan wind farm application while expressing disappointment at the decision to approve the nearby Limekiln development (both in the Caithness Flow Country).

John Low, Policy Officer for the John Muir Trust, said: “The John Muir Trust recognises that wind power is an important part of the renewables mix we need, alongside carbon sequestration and other natural solutions, to achieve the target of net-zero carbon emissions by 2045. But we believe these proposed turbines were in the wrong place.

“The rejection of Drum Hollistan was a sensible decision by the Scottish Government given the combined visual and ecological impact of the proposal. The development would have involved considerable damage to deep peat, with negative impacts on greenhouse gas emissions, biodiversity, ecosystems and the landscape.

“We are, however, disappointed that Limekiln has been approved. This was a resubmitted application with only marginal modifications to a scheme which was rejected by the Scottish Government in 2015 following an in-depth Public Local Inquiry that lasted five days.

“The erection of 24 giant turbines, alongside a network of access roads and tracks, concrete foundations, transmission lines and other industrial infrastructure adjacent to the unique landscape and ecosystem of the East Halladale Flows has for long been vigorously opposed by the local community.

“We believe the inconsistency of this decision underlines the need for serious reform of the planning system to ensure that decisions are consistent, and that beleaguered communities such as Reay in Caithness are protected from repetitive applications.”

“We are also concerned that whenever two developments are subject to conjoined inquiries such as this, the PLI turns into a kind of beauty contest, when there should instead have been two thorough and separate investigations into the merits of two very distinct proposals.”