Kevin Lelland, the Trust’s head of development and communications, looks at the issue of litter in wild places 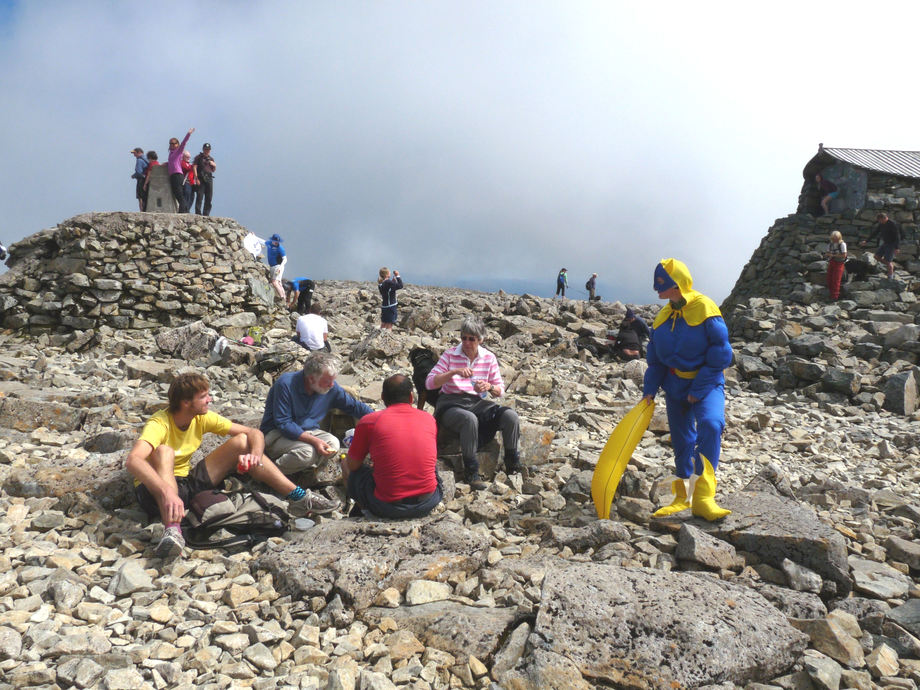 Picking up litter in our wildest places takes time, energy and organisation. Dropping it requires none of these. It’s a battle that John Muir Trust members and staff have been committed to fighting for years.

Sixty John Muir Trust members and groups cleaned up over 100 hills, from Brown Willy in Cornwall, to the Culags in Orkney in June 1998 as part of a ‘Wild Week’. Fast forward to 2015 and across the UK the John Muir Trust recorded that 33,488 John Muir Award participants removed 8,442 bags of litter from wild places.

Inexperience and thoughtlessness account for the lack of respect for the environment seen among a significant minority of the 160,000 people ascending Ben Nevis each year. Alison Austin, the Trust’s land manager at the UK’s highest mountain, says: “The status of the Ben means that many of those who climb it have never been in the ‘outdoors’ and are certainly not regular hill walkers. Leftover food wrappers, gas canisters, wet clothes, shoes and boots are remarkably common in the summit shelter and all around the trig point.”

Summit litter is compounded litter. People tend to throw things away when they see others have done the same. A circumference of around 100 metres from the top is where many people stop to take in the view have a bite to eat and a drink. Some wrappers get accidently blown away in the wind, while others are found ‘hidden’ under and in between rocks.

While the vast majority of visitors to the Lake District are responsible, it only takes a few to make the litter stick out like a sore thumb on mountains like Helvellyn. The Trust’s Glenridding Common land manager, Pete Barron, says: “The issue of responsible fell camping needs to be addressed. The availablity of well-priced outdoor kit makes it very easy to go camping, however the gear is so cheap that some people seem happy to abandon it. We recently found a whole tent on Red Pike full of rubbish - beer cans, discarded fruit, food packets, toiletries.”

Habitats and species are at risk from litter. The RSPCA states that it receives around 5,000 calls a year regarding litter and wildlife across the UK. Litter can be both noxious bio-degradable and non bio-degradable waste. Wild animals that feed on wrappers and ingest them can be poisoned. Birds are particularly impacted and get trapped or hurt on sharp edges while scavengers species, attracted to the uplands by human waste, prey on ground nesting sites.

While our wildest landscapes are often cited by visitors and marketers alike as world class, maintaining the quality of the visitor experience, including tackling issues like litter, is often entirely led and funded by volunteers from local community groups, community land trusts and or conservation charities.

That’s why the Trust is taking the lead on lobbying politicians on the need for a wider discussion on a national approach to maintain the benefits of tourism while reducing the negative impacts on local communities and the natural environment.

That includes asking how local communities can be further empowered to contribute to decisions on the quality of facilities and services available such as chemical waste disposal, public toilets and ranger services.

If that’s the political side then there is also the practical side. Trust members and supporters give huge amounts of time and energy volunteering and much of that helps tackle litter. We run conservation work parties throughout the year that people can take part in.

People can’t always join those organised events, but anyone can help on their next trip up a hill with a litter pick to the peak. Pack some sort of re-useable and sealable bag and a pair of gardening type protective gloves. 100 metres from the top of your chosen Munro, Wainwright, Corbett or Marilyn pick a line and pick up litter all the way to the summit cairn or trig point. Place the bag of rubbish into your rucksack, descend and recycle as much as possible. Finally, share through social media channels using #litterpicktothepeak and #johnmuirtrust.

Discover. Explore. Conserve. Share. You’ve just had an experience very much like the thousands taking part in the Trust’s John Muir Award each month while emulating those 60 members lifting litter during Wild Week 1998.