Helping us celebrate 21 years of looking after Nevis is passionate Scottish and Alpine mountaineer John Young who explains why the mountain is so special to him. 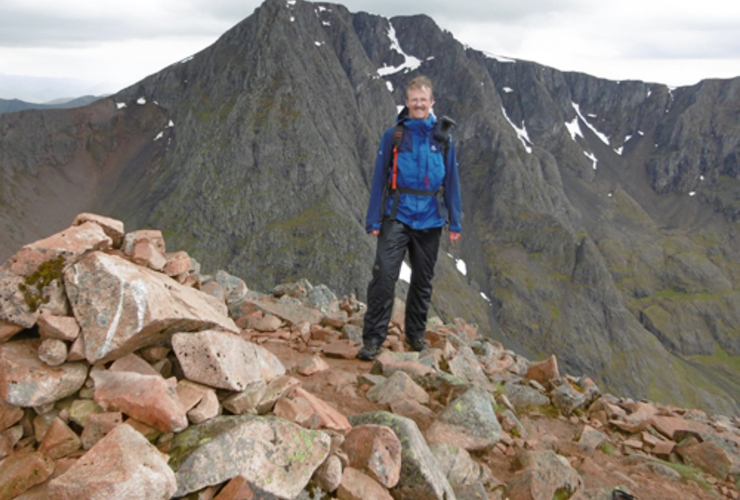 In September 1977 two friends and I were planning a two-week hill-walking holiday on the west coast of Ireland. At some stage one of us said: “Why don’t we do the Three Peaks on the way?” There were of course many reasons why an unsupported 24-hour dash from Wales to the Highlands en route from Manchester to the Stranraer ferry was not a sensible proposition, but none that were persuasive to impulsive 20-year-old undergraduates. Thus it was that after a swift morning ascent of Snowdon, a traffic jam on the M6 and a twilight descent of Scafell Pike we found ourselves brewing up on our Primus at 5am on the Glen Nevis campsite.

Squatting under the concrete canopy outside the old campsite reception office, with a blanket of low cloud seemingly not much higher in the gloom above us, we contemplated the pouring rain disconsolately. Only my friend Nigel had previously been up Ben Nevis.  Although we each had several years’ experience in the Lake District fells, an ascent of the Ben still filled us with awe that verged on fear. We concluded that the weather was simply too ghastly to complete our mission and we pitched our tent. An hour later we gathered our courage, changed our minds and raced up the mountain, reaching the top 23 hours and 25 minutes after summiting Snowdon. It was a decision I would not regret.  The rain finally stopped on the way down, the suddenly-clearing clouds revealing the magical view over Loch Linnhe and Loch Eil.  I shall never tire of that view.

Two years later I paid my second visit to the Glen and the Ben, this time on a youth-hostelling holiday with my then girlfriend and future wife, Elizabeth. We had caught the train from the south to Corrour. In 1979 Loch Ossian Youth Hostel was even wilder than it now is, the water supply consisting of a bucket tied to a rope dropped off the end of the pier. After three days doing the round of the local tops we had followed the railway line to the head of Loch Trieg then splashed our way over the watershed south of the Grey Corries and down into Glen Nevis. I must be one of the few people in modern times whose first ever view of the Steall Falls was on an approach from the east. Anyway, the following day we made Elizabeth’s first and my second visit to the summit trig point – again in thick mist and rain! 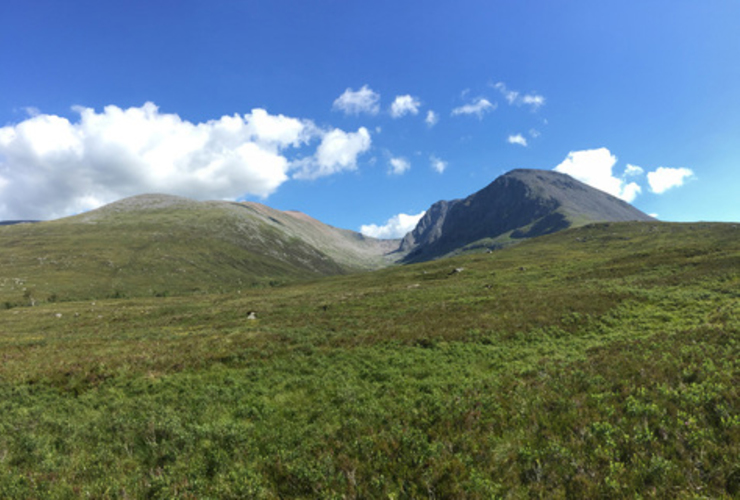 Until this point we regarded Ben Nevis as a dome-shaped mountain to be approached from Glen Nevis. Like many who ascend via the “Tourist Route” we had heard of the North Face almost as a fabled concept but had never seen it. In fact I am sure that on my first two ascents I had no idea how close the summit was to the cliffs. We finally seized the opportunity to further our education in this regard almost a decade later, in 1988. We had escorted our parents on the West Highland Way and, to round things off, the two of us made our first approach to the Ben from the north west, via the Carn Mor Dearg arête.

The conditions could barely have been more different from those on our first two visits. It was a cloudy but clear day in early June, with late snow lying in the high gullies. On the summit of Carn Mor Dearg we finally learned what all the fuss was all about. The magnificence of the northern corries was beyond dispute (as was the magnificence of the bum slide down the Red Burn at the end of the day). We were hooked. It was soon afterwards that we acquired our house in Fort William and began the regular commute on the Sleeper that has been part of my life every three weeks ever since. And our relationship with the Ben took on a new dimension.

And the initial awe of my first visit, which had perhaps diminished during our first few ascents, returned to that relationship. Still perhaps tinged with a touch of fear at times, but much more with respect. The more you get to know the Ben the more you realise that you will never get to know it completely. The complexity of the mountain is endless, and anyone who talks about “conquering” it, by whatever route, should be more careful with their language. We began to ascend the mountain, summer and winter, by Castle Ridge, by Ledge Route, by Tower Ridge, by Green Gully, by Comb Gully, by Glover’s Chimney. And I still do. Over the years I have seen it in good mood and bad, crusted with ice, drenched with rain, swept by gales or radiating the heat of a windless, cloudless June day.  Perhaps best of all, I have admired the winter setting sun from a nevé-covered Ben plateau, the splendour of the occasion tinged by the realisation that rapid height loss is urgently required in order to minimise the time spent descending to the Glen by the light of a head torch. 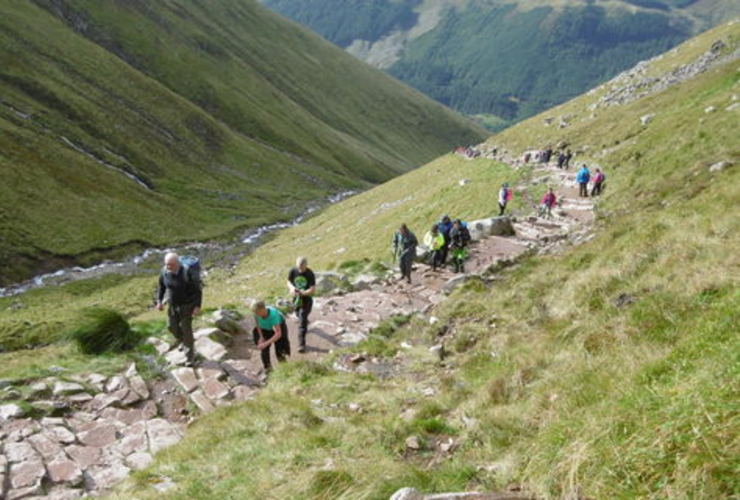 But still I have returned to the Tourist Route, again and again. Alone, with relatives or with friends. Most frequently with companions on their first ascent. For a mountaineer it is as easy a route as can be imagined, and it is tempting to pour scorn on it as a second-class stroll. But the Ben can never be the sole preserve of mountaineers and in any case no ascent of the Ben is ever second-class. Every human being who climbs the Ben has to ascend from very close to sea-level to over 1300m. Few Alpine days involve much more height gain than this. The ascent can be an unexpected test of fitness, character and perseverance. Muscle-bound but unfit hard men can be seen resting at the Half-way Lochan, their bravado draining as they watch 80-year old grannies taking the thing in their stride. Few mountain summits are happier places, whatever the weather, than the Ben when crowded with successful ascensionists, many of whom have never tackled such a challenge before and many of whom never will again. We took my father up the Ben in 1990, in his 70th year. Until then his highest summit had been Cruachan, climbed with his brother when they were Boy Scouts based in Oban during the years immediately before the Second World War. It took us six hours in ascent and four in descent, punctuated all the way by squirts of my father’s angina medication. His knees never really recovered. But he didn’t care – the achievement gave him a moment of pride that stayed with him for the rest of his life. 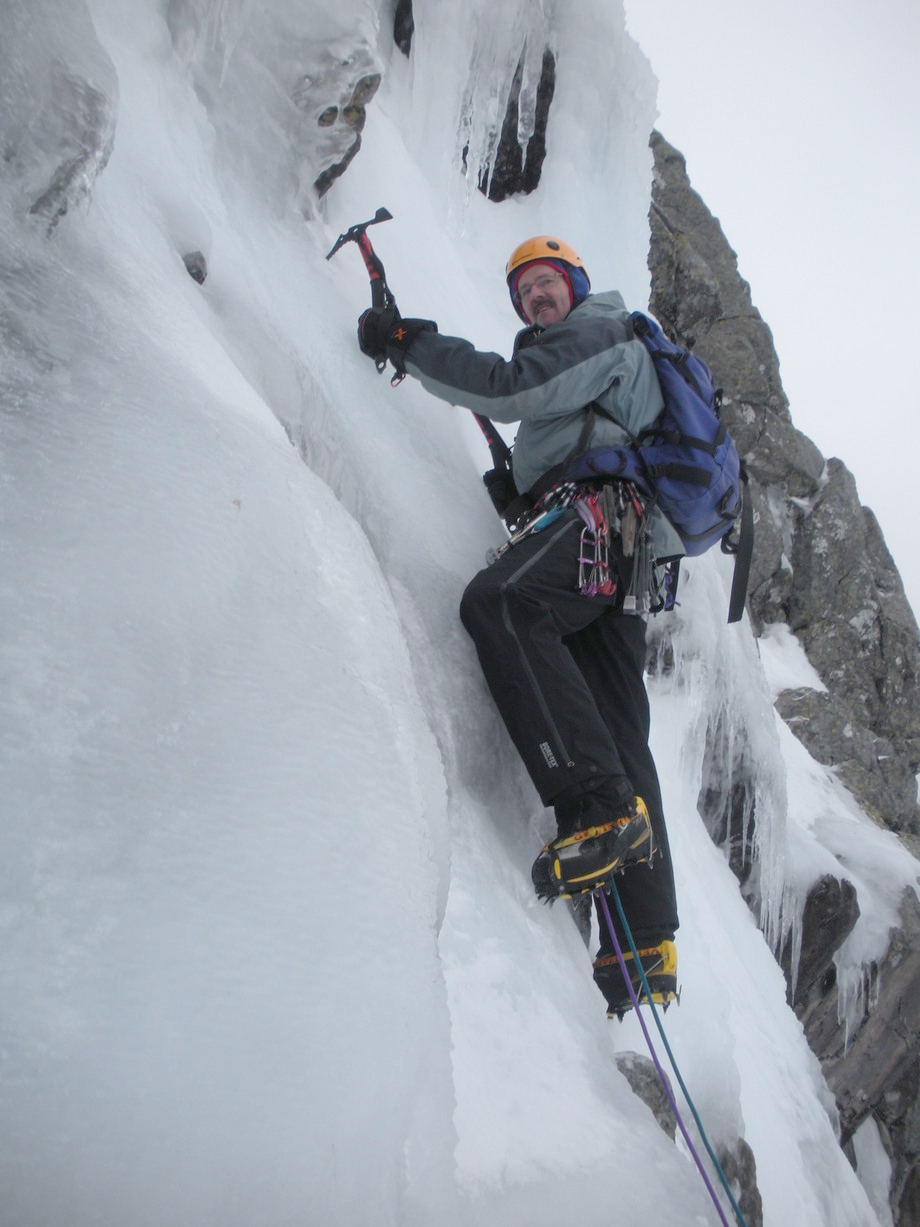 Since the 1970s, when this story began, I have walked, skied and trekked all over the Alps and the Pyrenees, with occasional trips beyond. But my heart has remained in the Highlands and my acquaintance with the mountains “furth of Scotland” has led me to value the Highlands even more. There are plenty of mountainous areas in Western Europe that are higher than the Highlands. But none is wilder. It is entirely justifiable that parts of the Highlands, especially those stretching to the horizon as you gaze north west from Ben Nevis, are referred to as the “last great wilderness of Europe”. When I trekked from Fort William to Cape Wrath in 2015 there were four separate periods of 24 hours when I never met or saw another human being. I don’t know of any other part of Western Europe, other than perhaps in the remoter areas of Scandinavia, where such an experience would be possible. My support of the John Muir Trust is based on nothing more sophisticated than a belief that such wilderness is something worth valuing in its own right.

Elizabeth developed young-onset Alzheimer’s and, after a long decline, finally died in 2016. Her wish was for me to scatter her ashes on Ben Nevis.  It was a sad assignment to be tasked with, but a privilege to perform. 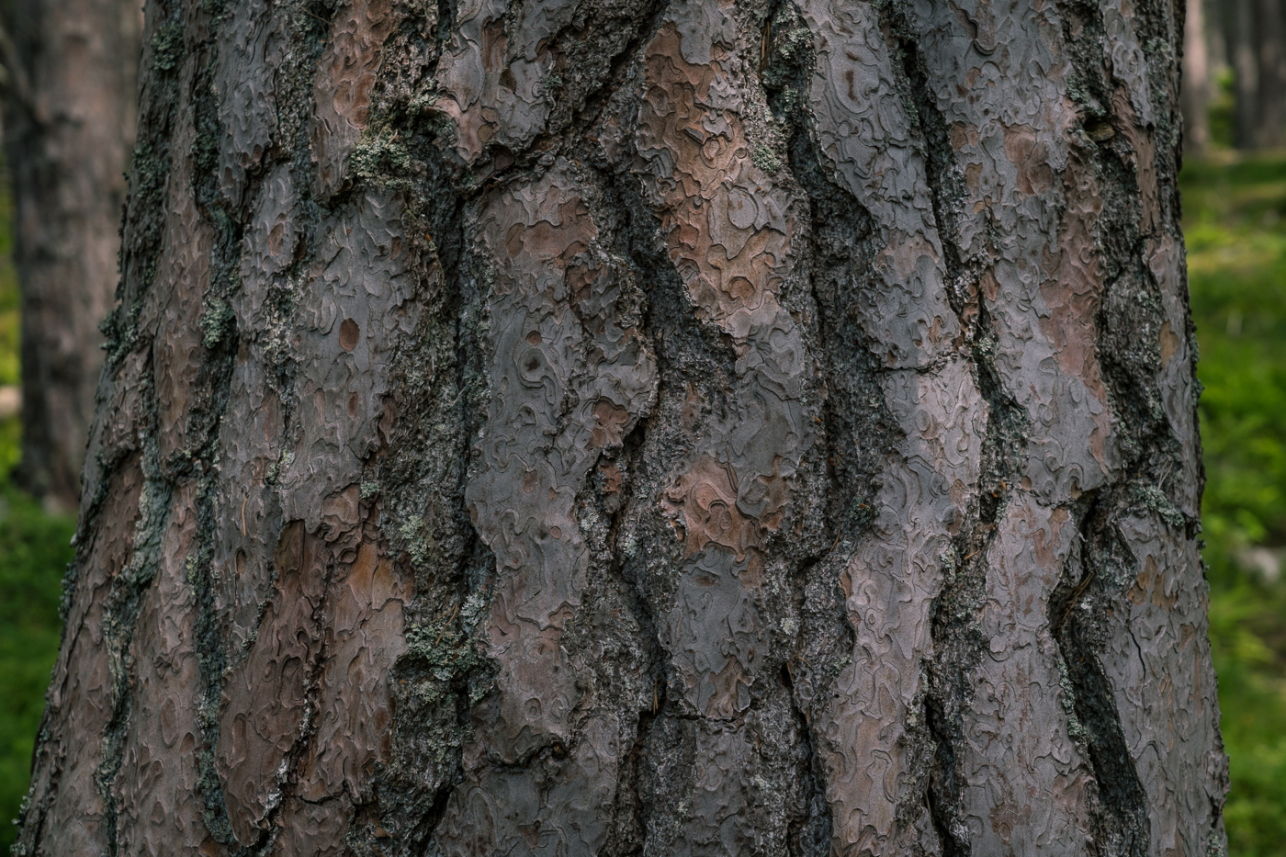