Helping us celebrate 21 years of looking after Nevis is Pip Rolls who recounts a memorable walk with friends 50 years ago, that included climbing the UK's highest mountain.

In 1971 I walked from Balmoral to Fort William with five friends – an 11 day journey of 103 miles, crossing one public road, two railway lines and the highest mountains in the Cairngorms and the western Highlands. The following is taken from the last day of the log I kept, starting with us setting off from the col between Aonach Mor and Carn Mor Dearg where we had camped for the night.

“We climbed up into the clear morning sunshine that started about 100 feet above our camp.  There was some low cloud near Spean Bridge. The mountains around stood clear and hard against the sky. We climbed steeply onto the eastern arête of Carn Mor Dearg. Then it flattened out a little and the arête itself was an enjoyable scramble with precipitous slopes on either side. We could now clearly see our path around the back wall of Coire Leis and up the south side of Ben Nevis on scree to the top.

“We sped off along the arête towards Ben Nevis, jumping from stone to stone on the gently falling knife-edged arête. It was very similar to Skye and highly entertaining. We dropped about 500 feet before we stood at the foot of the last slope we had to climb. A notice said the belaying posts were set at 50-foot intervals down the steep slope into Coire Leis. At present they seemed unnecessary, but with snow cover and bad weather they must be a lifesaver.

“The hillside was a scree slope of large boulders. We stopped several times to enjoy the view. West and south-west was Loch Linnhe. To the south was the Aonach Eagach ridge and beyond that, mountain after mountain. Below us was the beautiful wooded Glen Nevis and we could see the waterfall at Steall pouring into the river. To the east we followed with our eyes the trough through which the Waters of Nevis flows, which forms the low-level route from Corrour and Loch Ossian to Fort William and must have been used for centuries.

“We had only a few feet to climb. We stumbled on following the snow sticks; that, presumably, mark the route so that it can be found in snow. Then the scree flattened out and it was all over.

“We were on top of Ben Nevis. It was 10am. When I arrived my friend Bhikhu was the highest man in Great Britain. He was standing on the Ordnance Survey trig point. After he got down, I was the highest. We decided to take a photo and gathered around the trig point.

“I was surprised at the number of cairns on the summit. There were a large number of small ones, obviously built by individual parties. The old observatory was, of course a ruin, and a cross had been erected above it.

“We ate our lunch on the summit and then Bhikhu put his orange bivouac bag into the hut and we moved off. My knees ached and my feet were sore, but we were on our last leg, so I did not care. We stopped a couple of times, and eventually we were 100 feet above sea level, the lowest we had been. We walked on though the gate at Achintee and onto a metalled road for the first time in nearly 50 miles. I stopped and looked around at the gate we had come through and considered for a moment where that path had led us.” 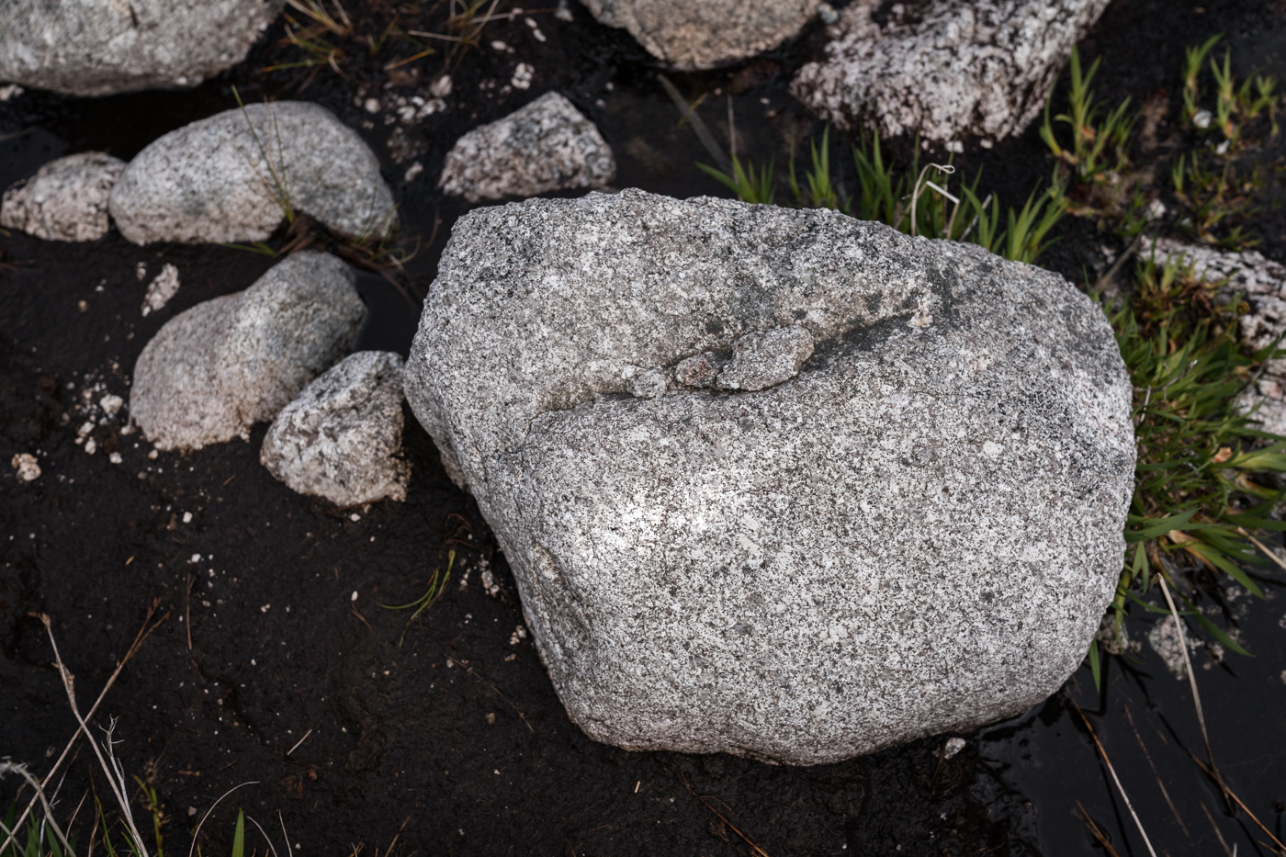